About Katharina Sherman, Make-up Artist Based in Dubai 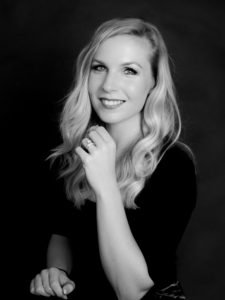 I believe that all woman are pretty without make up – but with the right make up can be pretty powerful. – Bobbi Brown

Katharina Brennan is a make-up artist based in Dubai. Originally from Germany she decided to take her love of the fashion industry to the next level and trained to become a certified hairdresser, hairstylist and make up artist in 2003. In 2008 she decided to visit Dubai in the UAE and has made it her home ever since.

Freelancing as a hairstylist and make up artist has allowed Katharina to work with some of Dubai’s top agencies such as Bareface, MMG Eventz and Wilhelmina Models. Katharina specialises in magazine editorials, weddings, advertising, and fashion shows. Her work has been widely published on an international level for the following clients and publications, that include but are not limited to: